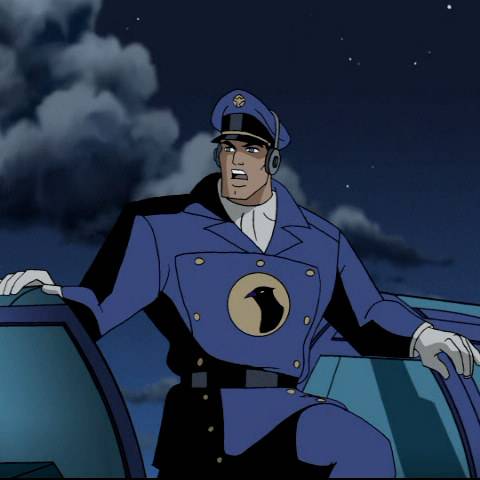 For this second installment in Polish superheroes, I'm kind of having to stretch my typical definition of "superhero."  The hero Blackhawk more clearly fits into the military hero type.  (Think Nick Fury if you're a MCU person). As an interesting aside, when I first got into comics (back in 1988 or so) and began asking my dad about what comics he read as a kid, one of the very few that he could remember was...The Blackhawks!

His name and nationality are a bit convoluted.  When I first learned of Blackhawk he was consistently referred to as being a Pole named Janos Prohaska.  Thanks to Comicvine, however, I have learned that:

Blackhawk was originally identified as Polish, but later issues referred to him as American. His actual name was unknown until Blackhawk #242 (AUG-SEP 1968) revealed that his name was Bart Hawk, an American of Polish extraction. Secret Origins #45 gives October 31, 1912 as Janos Prohaska's birthday.

While I'm not 100% positive on his civilian name, I'm inclined to go with Janos Prohaska as that's the one I've heard more often AND if the initial depiction of the character was as a Pole, then I think we go with that one.

Janos was depicted as a Polish aviator who after the Nazi conquest of his homeland formed a paramilitary outfit of pilots named the Blackhawks.  There was a Blackhawk to represent virtually every occupied country of Europe.

As you would expect, Blackhawk didn't have powers...or even a mask.  I suppose he did have some fancy gadgetry--but not in the Iron Man sense.  Rather, Blackhawk always worked as part of an organized unit that displayed advanced weaponry.  (Essentially, they were a kind of S.H.I.E.L.D. before there was a S.H.I.E.L.D.)

Initially published by Quality Comics, Blackhawk (and his entourage) were part of the bevy of characters acquired and given a new lease on life by DC.  Unlike many of the old Quality properties, Blackhawk has even made appearances in DC's Animated Universe.


If you'd like to know more about this classic hero, the goods news is that a WHOLE LOT of his adventures are now in the public domain and freely available.  To get started, here's his inaugural appearance in Military Comics #1 (AUG 1941). 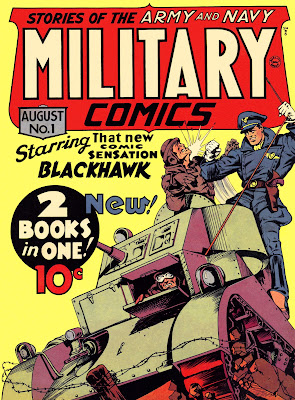